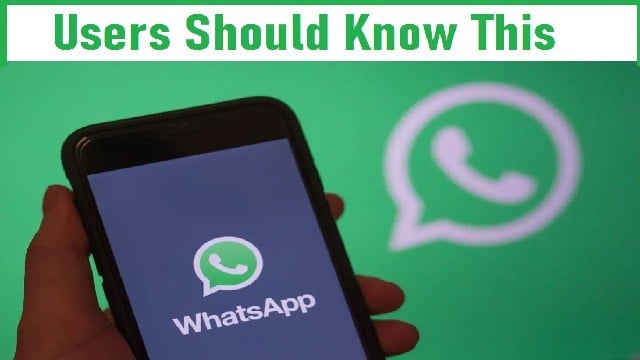 The Facebook-owned instant messaging app WhatsApp has added many new exciting features in the last few days. Among the features most loved were the Carts feature, which made it easier for users to shop through the app and the new sticker pack and improved dark mode etc. Now it was reported that WhatsApp may add many new features in the coming days.

Video and voice calling on Desktop and laptop too

In a good news for WhatsApp users, WhatsApp is soon going to introduce the voice and video calling feature on desktop and laptop. The company has already started testing the feature on its beta mode. Reportedly, the app will show a separate window on WhatsApp web. Whenever a call will come, a pop-up window will appear through which you can receive, reject or ignore the phone call directly from your desktop or laptop.

Another feature is the WhatsApp Pay feature which was introduced last month for all users. This feature allows users to transfer money through WhatsApp. For this Whatsapp has reportedly partnered with State Bank of India, ICICI Bank, HDFC Bank, and Axis Bank for the payment services. That is, users will be able to use the accounts of these banks for payment on WhatsApp.

WhatsApp will not function on these phones from 2021

WhatsApp will stop supporting smartphones with operating systems older than Android 4.3 in Android phones and iOS 9 iPhones from the next year. WhatsApp stops running on outdated Android and iOS smartphones every year. If you are using an old operating system then your phones before New Year. Notably, WhatsApp has more than 2 billion users worldwide.