The company announced that after 3 years of successfully providing its customers with software updates, OnePlus is now closing the chapter. The company said that it has provided 3 major updates, around 60 closed beta builds and 30 open Beta builds. 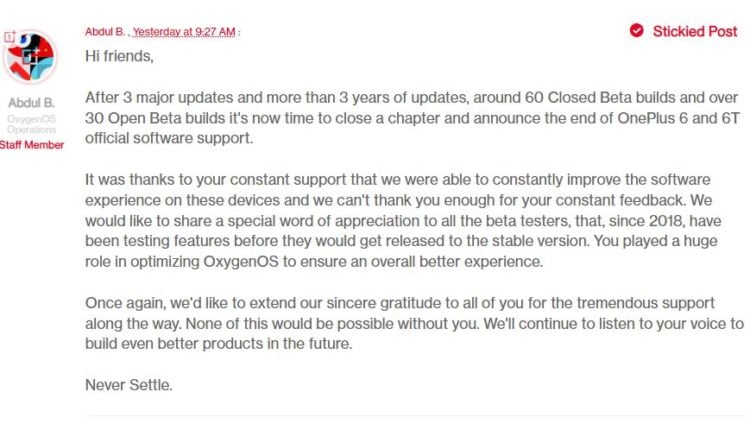 Recently, the company launched its flagship device ‘OnePlus 10 Pro’ in China. According to the latest report, the smartphone has received a good response in its first flash sale in the region.

The smartphone features a 6.7-inch second-generation LTPO AMOLED display with support for variable refresh rates (1Hz to 120Hz). This curved panel has a resolution of 3216×1440 pixels (QHD+), 525 PPI.

The OnePlus 10 Pro is powered by a Qualcomm Snapdragon 8 Gen 1 chipset paired with LPDDR5 RAM and UFS 3.1 storage. It is the debut handset for ColorOS 12.1 based on Android 12.

Even though there is no information about the company’s plans to launch the new OnePlus phone in India, it is expected to arrive in India in the coming months.