Bhubaneswar experiences 5G connectivity ahead of the official launch

The temple city of India- Bhubaneswar is experiencing 5G connectivity and that too before its official launch. For those who are unknown, the 5G services will be launched by Union Communications Minister Ashwini Vaishnaw on January 5 (tomorrow). The Union Minister will also dedicate 100 Nos of 4G Telecom Towers in rural areas of Odisha.

Speaking about the 5G connectivity in Bhubaneswar, we assume that the telecom operators are conducting trial run of the same in some areas of the city. This might be the reason that only few areas of the city are receiving 5G connectivity. We (KalingaTV) travelled across majority areas of Bhubaneswar and received 4G connectivity. However, as we surfed through Chandrasekharpur area of the city, we got 5G signal. In order to confirm our location, we opened Google Maps on our devices and then took a screen shot of the same. You can check the screenshot below. 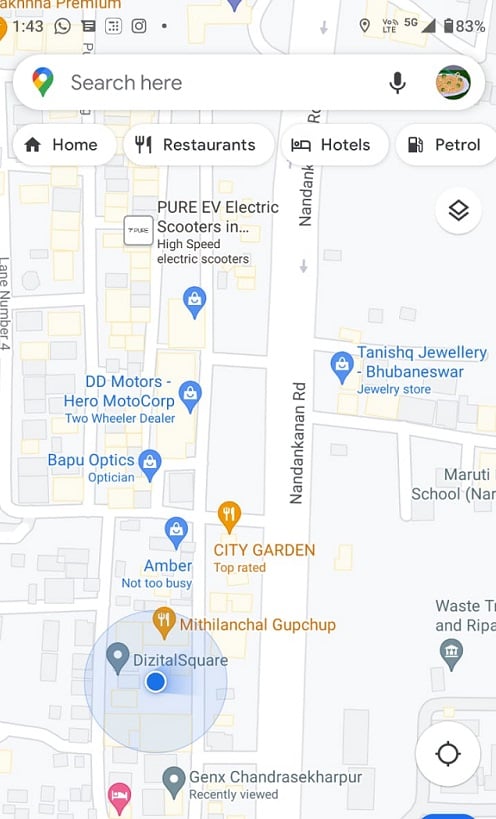 In order to test the speed of the internet, we used Ookla. However, we found that the speed of the download speed was 284.10 Mbps. The user who checked the 5G internet connectivity used Airtel network and an Android smartphone. 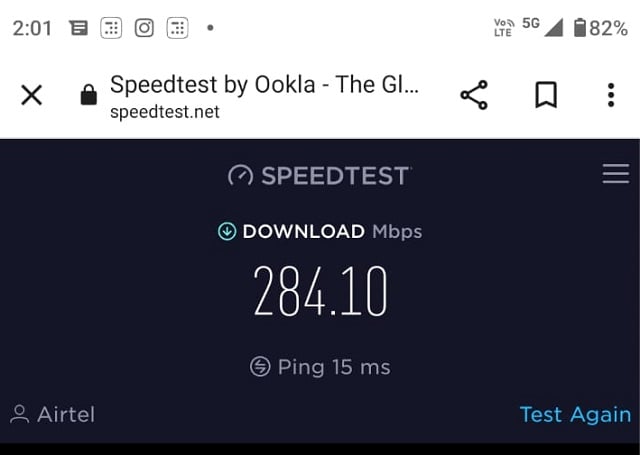 Earlier, during his visit to the foundation stone laying ceremony for redevelopment of Bhubaneswar Railway Station, Union Minister Vaishnaw had informed that the launch of 5G services in the state (Odisha) will be done before January 26.

5G connectivity was due for long time in India and it is good to notice that it is finally here. In terms of 5G rollout, China has the highest number of cities under 5G connectivity, reported statista. China has 5G connectivity across 356 cities. On the other hand, United States and Phillipines are 2nd and 3rd in terms of 5G rollout. US offers 5G across 296 cities while Phillipines offers 5G across 98 cities. The other countries that offer 5G in more than 50 cities include South Korea, Canada, Spain, Italy, Germany and United Kingdom.