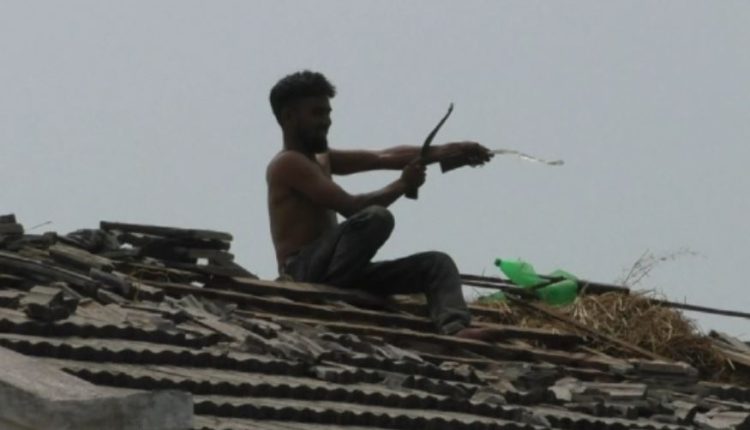 Karanjia: The high voltage drama by a youth who tried to commit suicide by slitting his wrist with a sharp weapon in Mayurbhanj district of Odisha on Monday became the subject of discussion.

As per reports, a youth from Picchuli village under Karanjia Police limits in the district set his bike on fire and returned home. After coming to home he climbed up to the rooftop of his house and attempted to commit suicide with the help of a weapon (paniki). He was also throwing things from the rooftop to the passers-by.

After getting information, Karanjia Police and Fire fighters reached the spot and tried to pacify the youth. It took the officials around 5 hours to calm the youth. And in the meanwhile he had already cut his wrist.

Finally, the officials rescued the youth and sent him to the hospital for treatment. Police are probing to ascertain the reason behind his attempt of suicide.

Postpone All Offline Exams In May: Govt To Centrally Funded Institutions