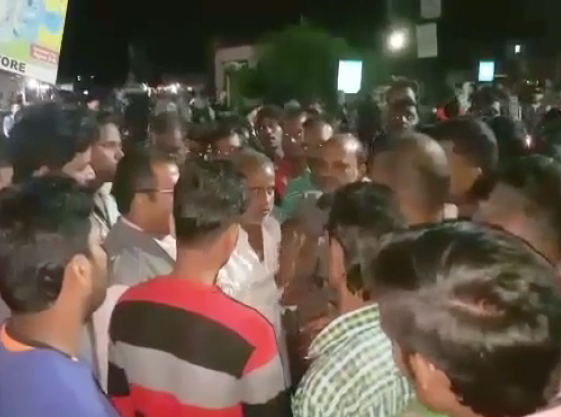 Nayagarh: Tension ran high in Nuapada village under Chandapur police limits in the district on Friday after a youth’s dead body was recovered from a pond located inside a farmhouse compound.

The deceased has been identified as Santosh Mishra (25), son of Ramesh Mishra of Ambatara village.

Santosh who worked and lived in a farmhouse in Nuapada village, was found dead yesterday night and his body was first spotted floating in a pond in its compound, by some staffs. They immediately called up the deceased’s family members and intimated about the incident.

The deceased’s body was recovered from the pond after a joint effort by the police and fire personnel who rushed to the spot later in the night.

However, locals staged a road blockade in Nuapada village keeping the body, after family members suspected it to be a case of murder. The blockade was removed only after police intervened and assured of a thorough probe.