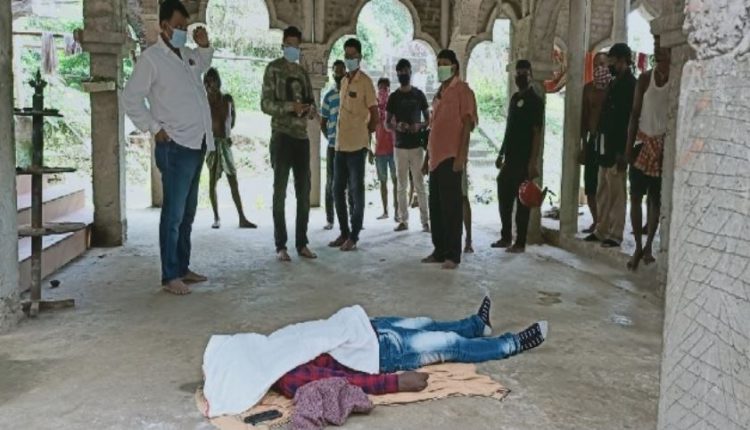 Jajpur: A dead body of a youth was found on Wednesday in the premises of a temple in Barakana area under the Jenapur police station of Jajpur District of Odisha.

According to reports, Nanda was last seen leaving his house in the evening with his cycle and he did not return in the night.

After searching for a night, Nanda’s body was found in the Barakana Hanuman temple premises in the morning by the Villagers.

The villagers informed the Jenapur Police station and the police has seized the body after reaching the spot and a investigation has started regading the case.

Odisha doctor succumbs to coronavirus while undergoing treatment at AIIMS