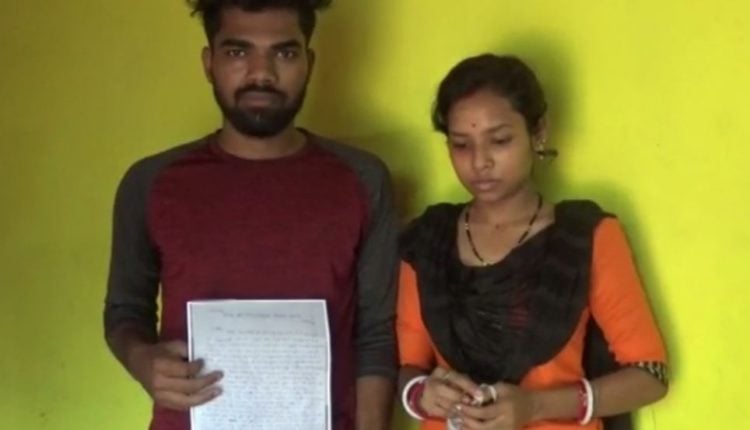 Mayurbhanj: A youth was allegedly tortured at a Rehabilitation centre in Udala area of Mayurbhanj district in Odisha. As per complaint, he was tortured for making love marriage.

As per reports, Suman Rai of Tangana village under Raj Berhampur Police limits had married a girl after falling in love with her. However, his family members were against the relationship. Hence, they said to be intentionally sent him to the Drug De-addiction and psychological rehabilitation centre where he was allegedly tortured. Later, Suman’s friend somehow managed to get him out of the Rehab centre following which he has complained about it in the police station along with his girlfriend.

As per Suman, the staff of the rehabilitation centre forcibly abducted him and took to the Rehab centre in a car after manhandling him. In the Rehab centre while they did not provide food, they also tied his hands and legs and confined him in a room. The Rehab facility staff allegedly said that if Suman abandons the nuptial relationship with the girl (whom he married) then they would free him from the centre.

It has also been complained that Suman attempted to commit suicide by consuming phenyl due to torture at the Rehab centre.

Despite our best effort, we are yet to get reaction of the staff at the Rehab centre in this matter.