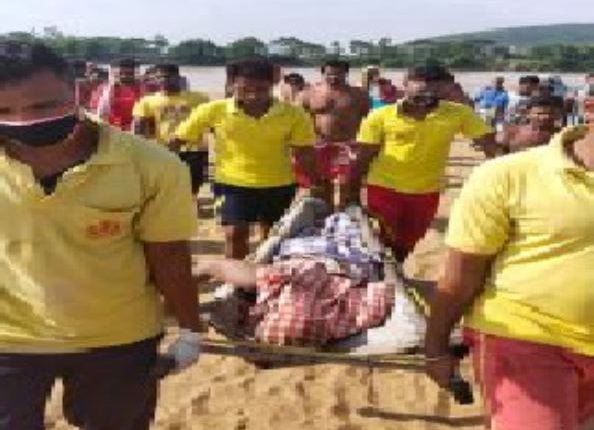 Ganjam: In a tragic incident, a boy belonging to Aladigan under Purusottampur block of Ganjam district died after drowning in the Rushikulya river while bathing today.

The deceased boy has been identified as Tina Mohanty.

As per reports, Mohanty had gone to the river to take bath but unfortunately, he slipped into the deep waters and drowned. The locals tried to rescue him but in vain.

After being informed by some locals, the fire personnel arrived at the spot and fished out the dead body. Following the incident the Purusottampur Police has registered a case of unnatural death and has sent the dead body for autopsy.

A pall of gloom has descended on the village following the death of the boy.