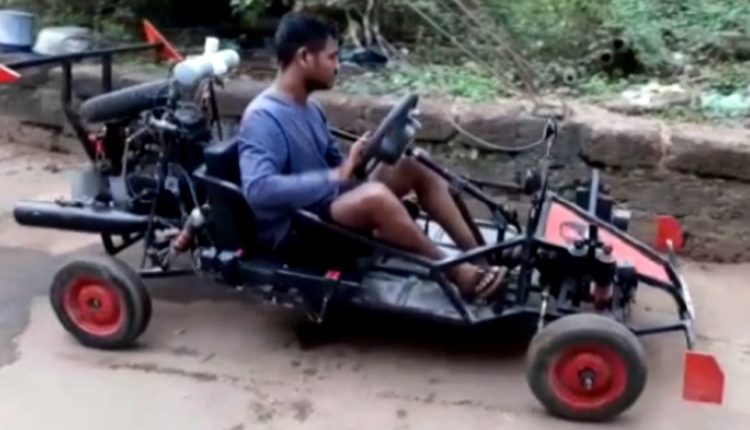 Cuttack: A youth from Cuttack of Odisha has come up with a sports car that he has made using the old engine of the vehicle used by his father.  The talented youth have also used many other parts which are unused.

Meet Sushanta Rout, a +3 Commerce student from the Pratap Nagari area of the silver city whose sports car creation has become the talk of the town these days.

Since long Sushanta is interested for sports car as well as designer vehicles. He has made the said sports car within a span of six months. According to him, he has used many old parts of two wheelers and four wheelers to make this sports car. This vehicle has been made mainly with an old engine of a two wheelers, four wheels used in scooters and a few iron rods for making body of the car. However, in this customised care there is arrangement of front and back gears.

Odisha: Body of youth recovered from River bank in Cuttack

Youth killed after getting entangled with kite string in…

Not only family members of Sushanta, but his friends and people who have so far witnessed the vehicle are all praise for him.