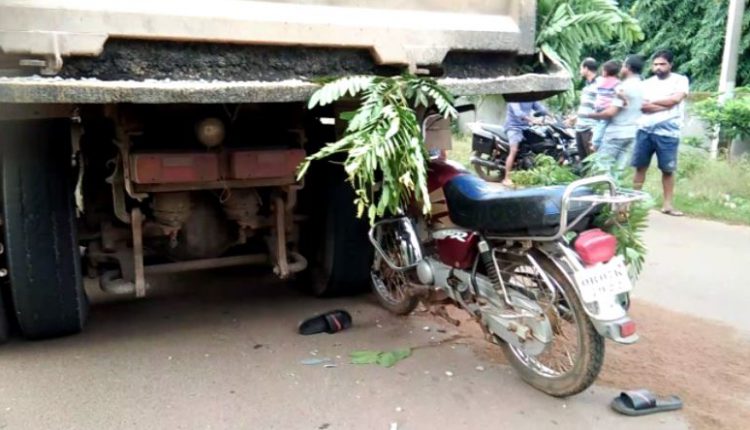 Phulbani: In a shocking road mishap, a youth was killed after the bike he was travelling by hit a stationary dumper from rear parked on National Highway-59 in Daringbadi in Kandhamal district last night.

The deceased has been identified as Ajit Mallick (36), son of Subhash Mallick of Daberi village under Daringbadi Police Station.

Ajit who worked in one ‘Eco Lodge’ located in Daringbadi area and lived there was returning home from his office late last night when failed to spot a dumper of Trishakti Construction parked on the highway due to the defunct headlamp of the bike. He dashed against the dumper from the rear and sustained critical injuries.

Locals in the area have demanded action on the accused dumper driver who had parked the heavy vehicle on the NH without adherence to road safety measures. They have also demanded suitable compensation to the family of the deceased which lost the lone breadwinner.

P Chidambaram to be produced before CBI special court today