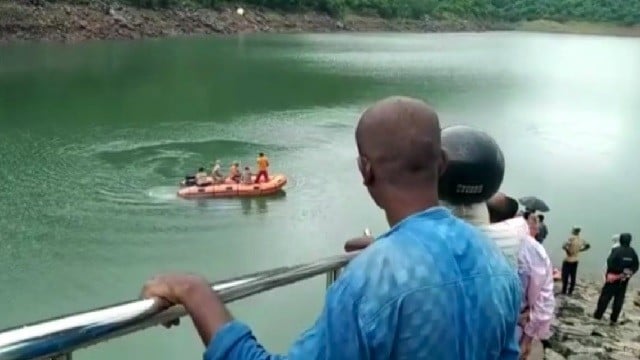 Keonjhar: In a tragic incident, a youth has gone missing in Hadagarh dam in Anandpur sub division of Keonjhar district.

The missing youth has been identified as Smarak Jena, son of Bantala village under Mareigaon panchayat under Soso police limits. He is said to be a medical student.

Reportedly, Smarak went to Hadagarh dam on Thursday afternoon but did not return home.

Later the locals spotted his bike parked on the dam and his shoes floating in the water. They immediately informed about the same to his family. The family rushed to the spot and searched for him but were not able to trace him.

On Friday morning, the local fire fighters were informed and they arrived at the spot. The rescue operation is underway.