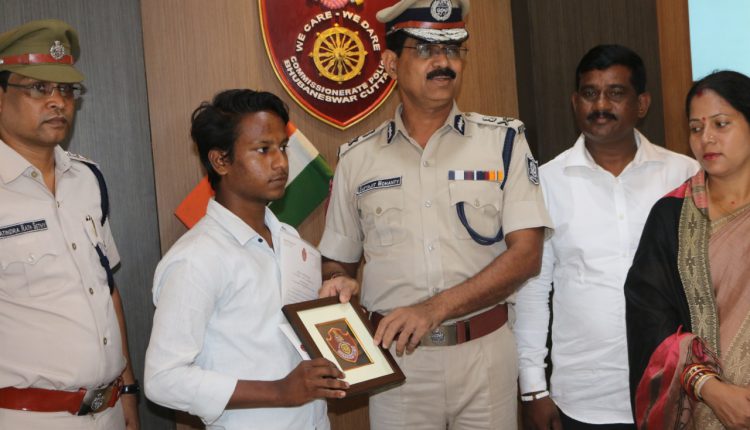 The youth Subrat Ojha hailing from Jajpur district was today felicitated at the Commissionerate Headquarters in the state capital.

“Your courage and presence of mind resulted in the recovery of the snatched gold chain and apprehension of the robbers. Your act of valour is not only praiseworthy but places you as a role model for others,” the felicitation letter read.

Ojha managed to pull one of the miscreants from the motorcycle while locals managed to nab another one. One of the accused however managed to escape from the spot.