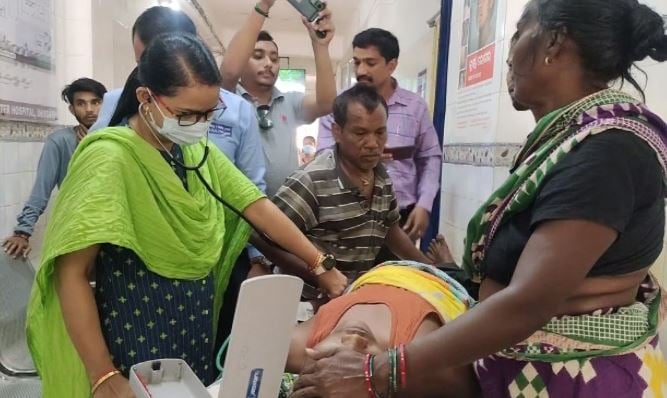 Debagarh: In a saddening incident, a youth reportedly ends his life by stabbing himself as his wife went to her parents’ place in Kalla village under Barkot police station limits here in Odisha today.

The deceased has been identified as Satyaban Dehuri (27) of Kalla village and his wife as Arti Dehuri.

According to reports, 4 years ago Satyaban had legally married Arti, but in the last 10 days ago, due to some disturbances between the couple, Arti reportedly  went to her mother’s place to stay after leaving her in-laws house.

This instance of Arti leaving the house, distrubed Satyaban mentally and physically.

More Than 15 Goats Killed By Unknown Animal In Deogarh Of…

Earlier this morning, due to the absence of his wife, Satyaban stabbed himself with a knife and collapsed on the spot.

Soon his family members spotted his lifeless body and rushed him to the District Headquarters Hospital (DHH) for treatment. However, he died while undergoing treatment.

In the meantime, the police has reached the spot and initiated a probe into the matter.

A pall of gloom has descended in the locality following the death of Satyaban over missing his wife.

PKL 9: UP Yoddhas go down to Gujarat Giants