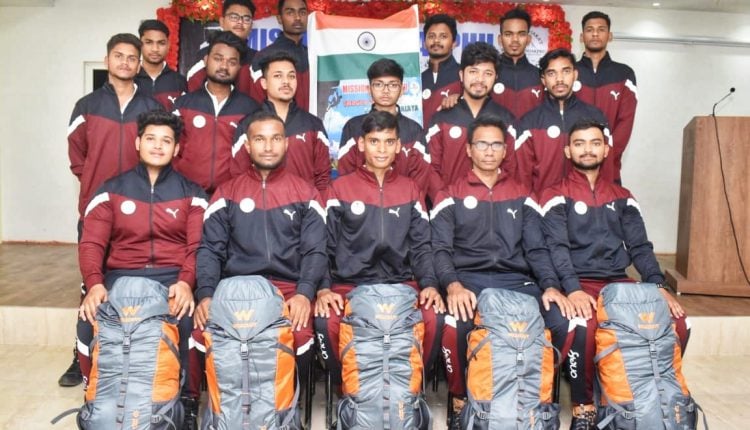 Bhubaneswar: A 17 members’ mountaineers’ team from Odisha is all set to climb the mount Sandakphu situated in the Eastern Himalaya. The team is expected to reach the summit on January 1, 2020.

Situated in the Illam district of Nepal the highest point (peak) of mount Sandakphu is situated at an altitude of the 12,024 feet.

The participants of the mountaineering team comprise of youngsters from different districts of Odisha. They started the journey from Balangir on December 26. The journey began with the blessings of Maa Samlei and with the best wishes from organizations like Maheswari Socio Organization, DNA Institute, Vidyaneeketan, Nascent Classes.

Name of the mission is ‘Mission Sandakphu 12,024ft: The Young and the Breathless’. The objective of the expedition is to propagate the message ‘Swachh Bharat Swachh Himalaya’.

The mountaineering expedition will begin on December 28 from the base camp at Chitrey village in Darjeeling district of West Bengal. And the team is expected to reach the summit on Jan 1. The team will fall back to base camp on January 3 and will reach Balangir on January 5.

The whole team is comprised of young, energetic and enthusiastic. All of them are excited and dedicated to complete the expedition successfully, intimated co-leader of the team.

Mark your 2020 travel calendar with these global vacation spots