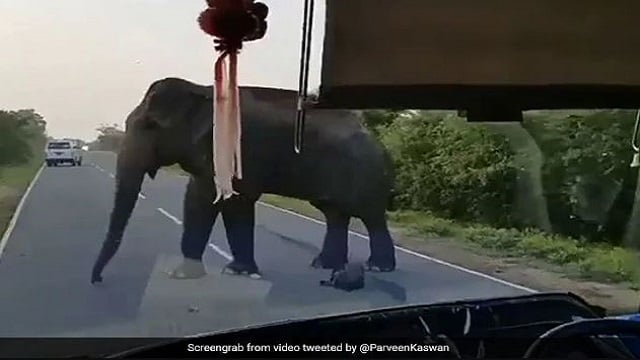 You must have seen several viral videos of human being stealing cash or belonging. However, have you ever seen animals also doing the same? Well, if you have not then you must watch this old video that has resurfaced and has gone viral on different social media platforms.

Forest Service officer Parveen Kaswan shared the hilarious footage, which was reportedly filmed in 2018, on his Twitter handle where an elephant steals food. “Daylight robbery on a highway. A forward,” he wrote while sharing the clip.

In the 43-second long video, which has been filmed in Kataragama, Sri Lanka, a wild elephant waylays a bus in the middle of road to steal food which most of the people called as broad daylight robbery.

The video was captured on camera by a passenger inside the bus.

Daylight robbery on a highway. A forward. pic.twitter.com/QqGfa90gF5

From Interest To Insurance And From Pension To Tax Saving, Know What Facilities Are Available To PF Account Holders