Yet Another Spurious Sauce Manufacturing Unit Busted In Cuttack Of Odisha 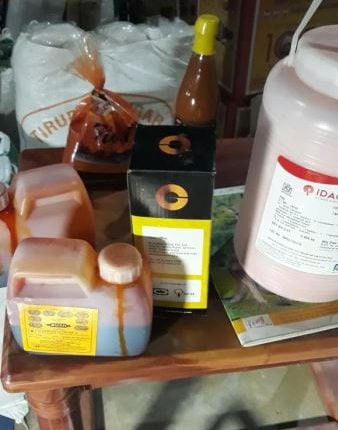 Cuttack: Yet another spurious sauce manufacturing factory has been raided in Madhupatana area of Cuttack district in  Odisha on Tuesday.

Acting on a tip-off, a police team raided the spot and seized equipment that were used for manufacturing fake tomato, chilli sauce.

Some bottles containing the sauce, machines, artificial colours and essence were also recovered from the spot.

Spurious tomato sauce, chili sauce and soy sauce were being produced at the unit using pumpkin. These adulterated sauces are being sold in the market in the name of a branded company based in Bhubaneswar, said police sources.