“Yes To Vote; No To Note” Awareness Drive for Bijepur By-Polls 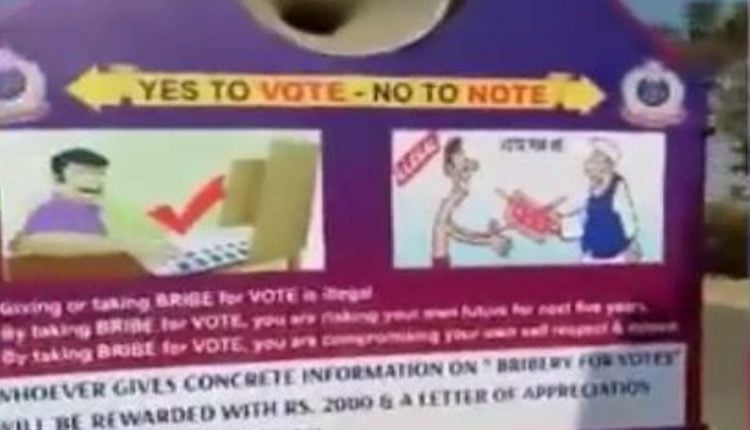 Bargarh: The district police have launched a “Yes To Vote; No To Note” awareness campaign to check the ‘note for vote’ practice in the Bijepur by-poll.

Bargarh SP Jay Narayan Pankaj while informing about the awareness drive said that a vehicle specially designed for the awareness programme will cover all villages of 59 Gram Panchayats and one Notified Area Council ( a total of 282 booths) that are going for poll on February 24.

Pankaj also said that apart from making announcement regarding the awareness drive, pamphlets will be distributed to connect all the voters as far as possible.

The district police have also decided to give a cash award of Rs 2000 along with a letter of appreciation to anyone who would provide substantial information regarding the bribes being paid by the political agents to sway votes for their candidates.