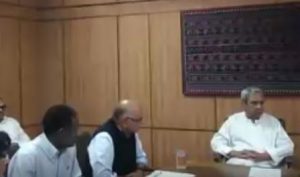 Bhubaneswar: In recognition of Odisha Government’s achievements on the development front in the past few years, the World Bank has appreciated the state’s progress in fields like poverty alleviation and child mortality reduction.

Ahmad also held a discussion with Naveen on varied topics like infrastructure development, irrigation, electrification, agriculture, health, economic reforms and rehabilitation in cyclone affected areas during his meeting with him.

Notably, the World Bank and the Odisha Government have reached an agreement on economic and technological cooperation in the next five years. An executive committee would be constituted soon to prepare the ground in this connection.