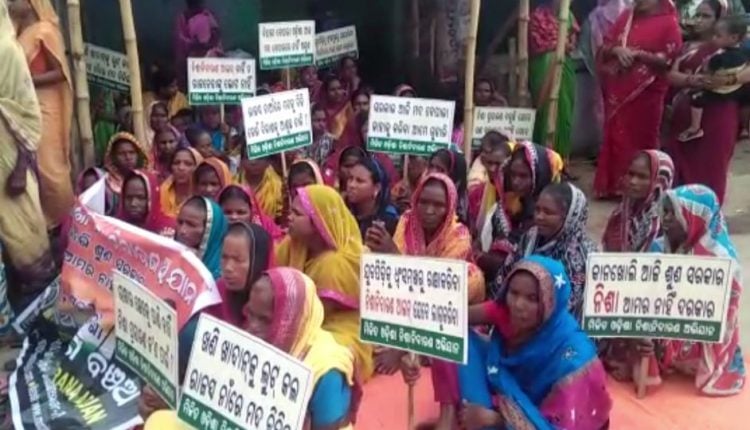 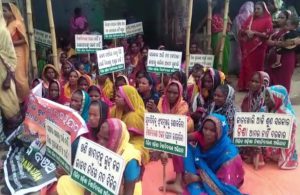 Salipur: Over a hundred women marched in a rally and staged a road blockade at Paga Square on the Cuttack-Chandbali road here today protesting the setting up of a new liquor shop in the Paga market.

Reports say members of anti-liquor outfits from the district like Milita Odisha Nisha Nibarana Abhiyan, Madamukta Salipur Andolan, Odia Bhasha Andolan, Cuttack unit and Strong India, participated in a rally which marched through the Paga market near Satyabhamapur village, which happens to be the birth place of Utkal Gourab Madhusudan Das, before organizing a road blockade.

During the rally, the protesters resorted to sloganeering and demanded immediate cancellation of the license given to a private party to set up a  liquor shop. The agitators also castigated the government for allowing a liquor shop near Madhu Babu’s birthplace. They wonedered what the government is trying to convey by setting a target of making 50,000 villages liquor-free in the state within five years on the one hand and at the same time issuing new liquor licenses on the other.