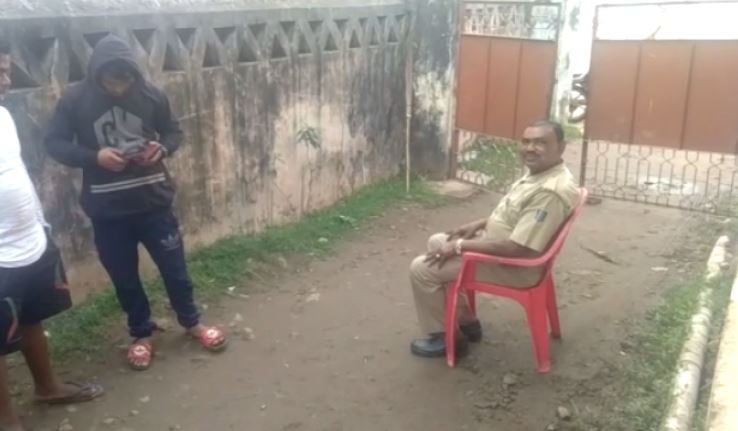 Cuttack: Tension prevailed in Mathasahi village under Bidanasi police limits in Cuttack last night after a woman found hanging to a tree and her family claimed she had been murdered by in-laws for dowry.

The deceased has been identified as Gayatri Rana (38), wife of Nitiprakash Rana of the same village.

As per the in-laws of Gayatri, they found her hanging to a tree near her house at around 8 am post which they called up her parents and informed.

However, Gayatri’s brother Jagdish Rana stirred up a controversy later by lodging a complaint at Bidanasi Police Station claiming that his sister who had married to Nitiprakash in 2007 was facing torture in the hands of his in-laws for dowry. She might have been killed by his in-laws, Jagdish feared.

“I got a phone call from my sister at around 6.11 pm last evening. She was crying and telling me to bring her from in-laws house as there is a threat to his life. The call got disconnected later and I got the news of her death from Nitiprakash one hour later,” mentioned Jagdish in his complaint.

Police have arrested the husband of the deceased and started an investigation into his death.