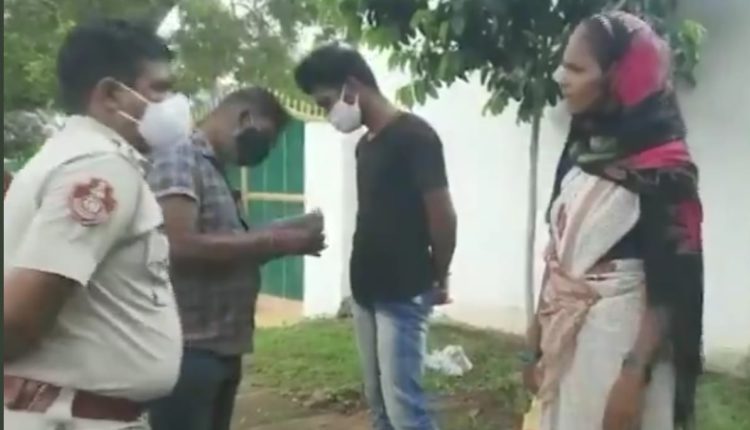 The woman’s other son accompanied her and he also attempted to immolate himself by pouring kerosene. A police team rescued the mother-son duo and whisked them away from the spot.

The mother-duo has been detained at the Capital police station for further questioning and their statement has been recorded.

Yesterday, the duo had protested infront of the Capital School as they were not allowed to fill-up their forms in offline mode.