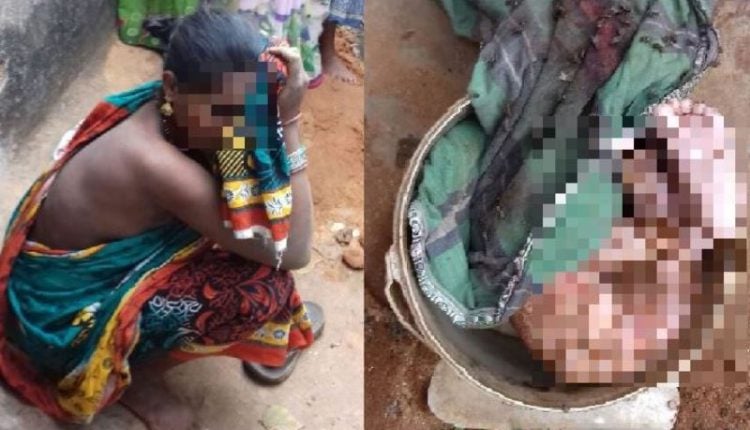 Bhubaneswar: In a tragic incident, a woman killed her newborn baby at Satya Narayan area in Salia Sahi slum of the state capital city on Saturday.

According to reports, a woman identified as Buli killed her new born baby and dumped the body in a bucket. Though the exact cause of the murder of the child is yet to be ascertained, police suspect it to be the fallout of a family dispute.

The matter came to fore when her neighbours informed the police after getting foul smell from the house.

Nayapalli police went to the spot and seized the mortal remains of the newborn and arrested the woman.

Cops are interrogating her to extract more information from her about the incident.

BJP demands dismissal of Pandian, 3 others