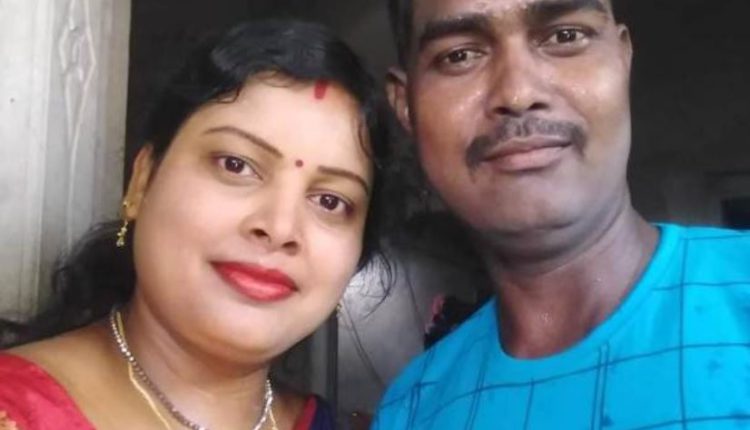 Jagatsinghpur: A man allegedly killed his wife after hitting her repeatedly with the back side of a sharp weapon in Odisha. The incident took place in the Harasina village under Kujanga Police Station in Jagatsinghpur district.

As per reports, Meghanad Tarai (42) and his wife Parbati Tarai (39) resorted to verbal spat at about 1 pm on Wednesday night. After hearing the screaming Meghanad’s father Sridhara Tarai called for his neighbour Muralidhar Tarai. They both saw that Meghanad went on hitting his wife repeatedly with the back side of a weapon (Katuri). They tried to stop him, but by then Parbati was died.

Importantly, Meghanad and Parbati had done love marriage 12 years ago. The couple has a son and a daughter.

Furthermore, it is being discussed in the village that the couple was often fighting as Meghanad was in relationship with another woman, which Parbati was opposing. Another matter of concern is that since last few days the so called lover girl of Meghanad was absent from the village.

Police have lodged a murder case in this matter and Meghanad has been arrested. Further investigation of the case is underway.