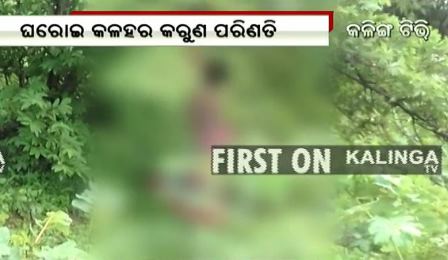 Keonjhar: A woman hanged herself to death allegedly after killing her 11-month-old son over a family feud at Machgad village in Ghatagaon area of the district late on Friday night.

Sushma Behera had fought with her husband Gopabandhu Behera yesterday following which the woman took the extreme step. She committed suicide by hanging herself in a nearby tree.

Thee reason behind the death of the infant is yet to be known. Locals, however, believe that Sushma might have strangulated her baby to death before ending her life.

On being informed, police reached the spot this morning and arrested Gopabandhu after interrogation during which he confessed about the family dispute.

The bodies have been sent for postmortem.