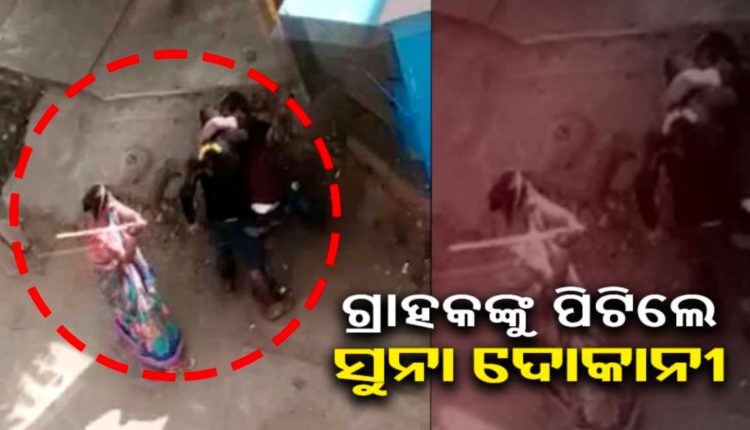 Bhubaneswar: In a shocking incident, a woman gold shopkeeper allegedly beat up a customer today. The incident took place in Khandagiri area of ​​Bhubaneswar.

According to reports, a female gold shopkeeper beat her customer on the street with a stick, a customer who had bought gold from her shop complained that her gold was not good. The video of the incident has gone viral.

Police has launched an investigation after a customer lodged a complaint with the Khandagiri police station. According to the customer, he had bought gold from the woman’s shop more than four years ago.

According to him as soon as he made the allegations against the gold of the shop being  of inferior quality, she started beating him up with a stick.

Later a male customer slapped the woman and snatched away the stick from her hand.

The customer then left in a state of helplessness.