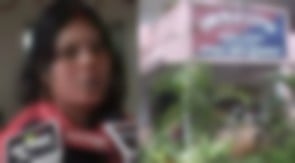 Phulbani: A 28-year-old woman on Friday lodged an FIR at Phulbani town police station against the owner of city based “Radio Muskan” and “Disa” NGO, alleging that the latter has forcefully established physical relations with her on the pretext of making her a Sarpanch or Block Chairperson, and cheated.

Police said that the accused has been identified as Dhaneswar Sahu, while the complainant belongs to Kentala village of Nishintakoili block in Cuttack district. Both hail from the same region of Cuttack district, police informed.

“Dhaneswar Sahu befriended with me in 2014. He has forcefully established physical relations with me over three years on the pretext of making me a Sarpanch or the Chairperson of our Nishintakoili Block,” said the complainant while talking to media persons after filing the FIR at the town police station here.

“Dhaneswar had promised to marry me as well, but I came to know that he has been staying here with another woman from last few months. When I tried to contact him, he didn’t respond my call,” she alleged.

“A case was registered against Dhaneswar Sahu under Sections 493, 417 and 506 of the IPC at Phulbani town police station,” said her advocate Subhrajit Mohanty.