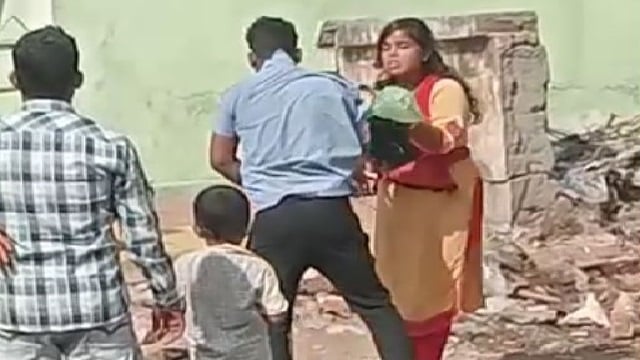 Berhampur: Video of a woman beating up a man with a slipper has gone viral on different social media platforms. The incident occurred in Odisha’s Berhampur.

In the viral video, a woman can be seen beating up a man near the Ahara Kendra on the premises of the MKCG Medical College and Hospital in Berhampur in full public view. She also takes out her slipper and thrashes the man, who is said to be an attendant. However, no police complaint has been filed regarding the incident.

Speaking about the matter, the woman alleged that the man threatened her saying that he won’t allow her to do business on the spot. “He came and started arguing with me. He said he was a cop and will not allow doing business here. Besides, he misbehaved with me, which is why I beat him,” she said.

When asked whether she filed a police complaint, she informed that the police had already let the man go before she reached the police station.

Youth from Cuttack comes up with compostable bags: Watch