Woman arrested for theft in Angul dist of Odisha 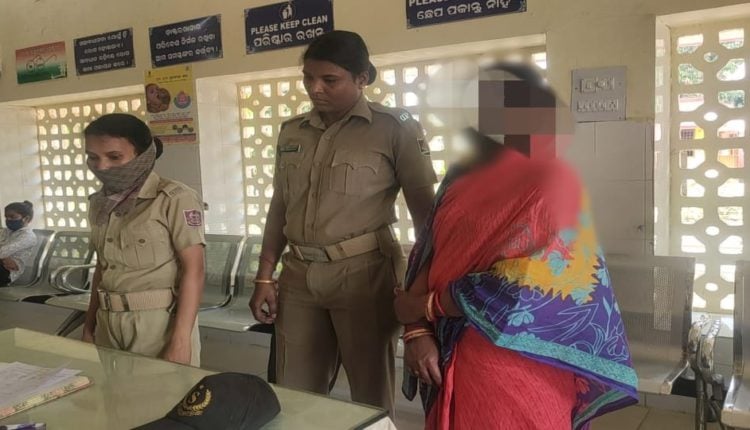 Angul: A woman was arrested in Kaniha area under Chhendipada Police limits in Angul district of Odisha on Thursday for theft of money and gold jewellery.

The accused has been identified as Nibedita Pradhan.

As per reports, Lily Sahu, a widow from Changudia village, had taken custody of her relative niece named Nibedita Pradhan. Accordingly, she was living at Lily’s house.

As per the complainant Nibedita managed to get the Bank passbook, ATM Card of Lily. Earlier, she had theft gold jewellery of Lily for which the later had lodged complaint with Police.

After Police action Lily had got back her stolen jewellery. Following the incident Lily dobted Nibedita and checked her bank account and found it that money had been taken out. Accordingly, she asked Nibedita and her husband to refund the money and they had assured to do so. However, though four years passed in between, they never refunded the money for which Lily moved to Court.

A case has been registered in this connection at Chhendipada police station. As per Police investigation, they had returned Rs. 10 lakh to Lily. On the basis of this case, Police arrested the accused.