Will not allow House to function until Govt restores normalcy in Srimandir rituals: Tara Prasad 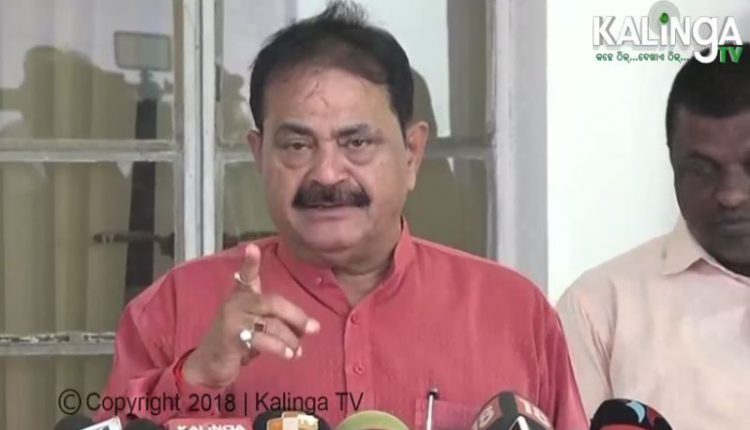 Bhubaneswar: Congress Chief Whip Tara Prasad Bahinipati on Wednesday warned to disrupt the proceedings of Odisha Assembly and said that he won’t allow the House to function properly until the state government restored normalcy in rituals of Puri Srimandir.

“Odisha is famous as the land of Lord Jagannath who is the presiding deity of millions of Odias. However, the state government seems least bothered with the deity being kept out of bounds from daily rituals like offering of Bhog. That is why we have disrupted the business of the State Assembly. We will not allow it to function until the government initiates action to restore normalcy in rituals of Puri Srimandir” said Bahinipati.

On the other hand, the ruling BJD urged the opposition parties not to politicise the matter saying the ongoing delay in rituals is concerned with the faith and beliefs of Odias.

The rituals and other affairs of Puri Srimandir are under the discretion of Puri Gajapati Dibyasingh Deb and Shankaracharya Nischalanand Saraswati and the administration should not get involved in the controversy. They are doing this only to let people know about their existence in Odisha as people have forgotten them and they have lost their base in the state,” said senior BJD party leader Damodar Rout.

Both the leaders’ statement came after the repeated adjournments of the state Assembly for the second consecutive day over the delayed Srimandir rituals. The rituals of Srimandir got delayed yesterday and even today owing to tiff between servitors and the Shree Jagannath Temple Administration (SJTA).

The argument between the two sides erupted after the Suar and Mahasuar community of the Puri Srimandir staged dharna demanding compensation for the losses incurred due to wastage of the mahaprasad bhog that could not be offered to the deities due to the delay in temple rituals yesterday and remained as ‘Amhunia Mahaprasad’.

Let’s reaffirm our duty to protect & preserve living symbols of our glorious past: Odisha CM