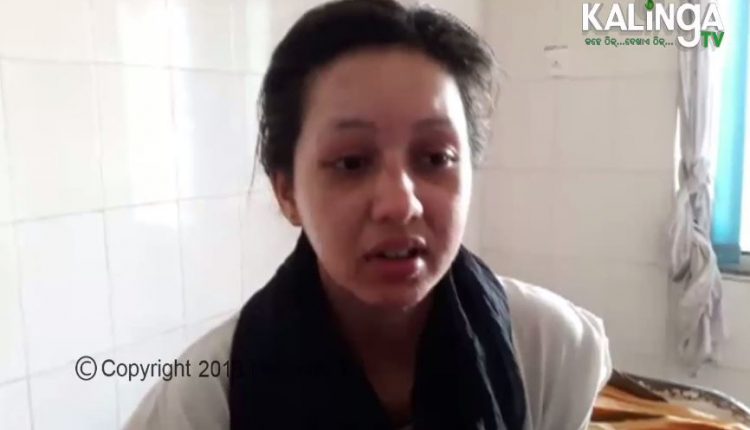 Cuttack: After knowing about the death of her husband almost after 25 days of the wedding gift blast, the survivor bride Reemarani Sahu on Wednesday made an emotional appeal to Odisha Chief Minister Naveen Patnaik seeking justice.

Reema requested the Chief Minister to take necessary action to arrest the culprits. “I want justice in the case. I request Chief Minister Naveen Patnaik to take stringent action against those involved in the case,” said Reema, who is now undergoing treatment at SCB Medical College and Hospital.

“A thorough investigation should be done regarding the origin of the parcel and other aspects so that the culprits are traced and held,” said Reema adding that she has neither any clue of the parcel nor suspects anyone.

Notably, Reema’s husband Soumyasekhar Sahu and his grandmother Jenamani were killed in Patnagarh of Balangir district when the a bomb wrapped as wedding gift exploded on February 23. Reema had sustained over 36 percent burn injuries.

While probing the matter, Balangir police had found that the parcel was sent from Raipur of neighbouring Chhattisgarh by one R.K Sharma through Skyking courier services. However, the police failed to trace the sender.

Police had interrogated the family members of deceased Sahu to ascertain more information about the sender. Later, the Crime Branch of Odisha on March 19 decided to probe the case.