Weather Alert: Heavy rain likely in Odisha for next 4 days 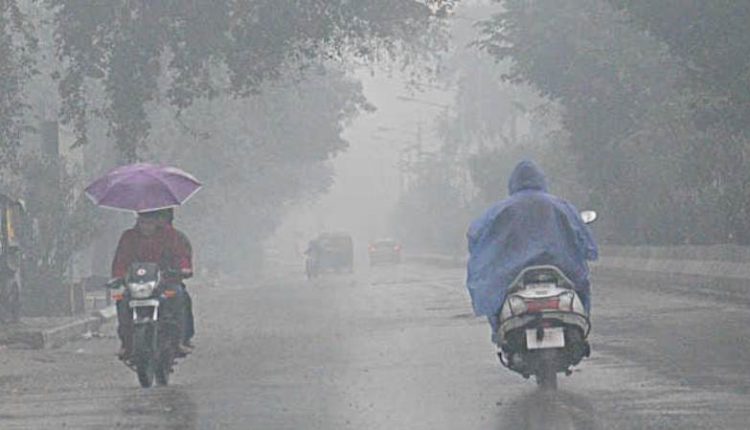 Bhubaneswar: The India Meteorological Department (IMD) today predicted that heavy to very heavy rainfall is likely to occur for the next three days in several places in Odisha in view of a fresh low pressure.

With heavy rain likely to batter many parts of Odisha till Sunday due to a low pressure area, the Met department warned of possible flash flood and landslide in some hilly areas of the state.

The fresh low pressure area now lies over coastal Odisha and neighbourhood with associated cyclonic circulation extending up to 7.6km above mean sea level, the Regional Met Centre said in a special bulletin.

Issuing a “red warning” to four districts and calling for action, the Met Centre said heavy to very heavy rain is likely at some places with extremely heavy downpour at isolated areas in Ganjam, Kandhamal, Kalahandi and Nabarangpur districts till Friday.

The Met office issued “orange warning” for Gajpati, Puri, Koraput, Balangir, Rayagada and Nuapada districts where heavy to very heavy rainfall may lash some areas during the period.

Heavy to very heavy rainfall is likely to lash some areas of Naupada, Balangir, Bargarh, Nawarangpur, Sonepur, Kalahandi and Boudh districts on Friday and Saturday.

Heavy rainfall may also occur in parts of Koraput, Kandhamal, Ganjam, Nayagarh, Sambalpur, Rayagada and Angul districts during the period, it said.

Parts of Jharsuguda, Sundergarh, Bargarh, Nuapada and Mayurbhanj districts are likely to face heavy rainfall on Saturday and Sunday, the met office report said adding rainfall may continue in some areas till Monday too.

In view of the weather condition, fishermen are advised not to venture into the sea along and off Odisha coast till Saturday.