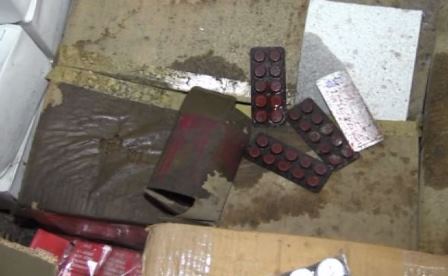 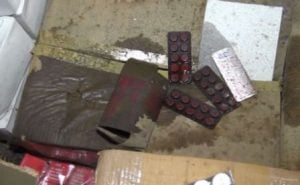 Bolangir: In an absolute mockery of the measures taken by the administration to provide better healthcare facilities to the people in the State, the Bolangir district headquarters hospital lost some vital documents due to seepage of water from the roof of the hospital building on Wednesday. A huge amount of medicines kept inside the hospital storeroom have also been turned useless after coming in contact with rain water.

The shocking incident came to the fore after continuous downpour triggered by a depression formed over coastal Odisha lashed Bolangir and neighbouring districts. Locals claimed that the roofs of the hospital building, which are in a dilapidated state due to lack of proper maintenance, developed seepage at various places. As water started seeping into the record room of the hospital, several vital documents were lost. A huge amounts of medicines kept inside the storeroom also got damaged, they added.

Queried about the issue, the Chief District Medical Officer (CDMO) of Bolangir Sugyanendra Mishra has assured a probe into the incident.

“An official probe would be ordered into the issue soon. The damaged medicines would be destroyed and only those that are in proper condition will be distributed to the patients,” said Mishra.

On the other hand, relatives of patients admitted in the hospital have demanded quick action on the part the hospital authorities saying they didn’t feel safe inside the leaking building.