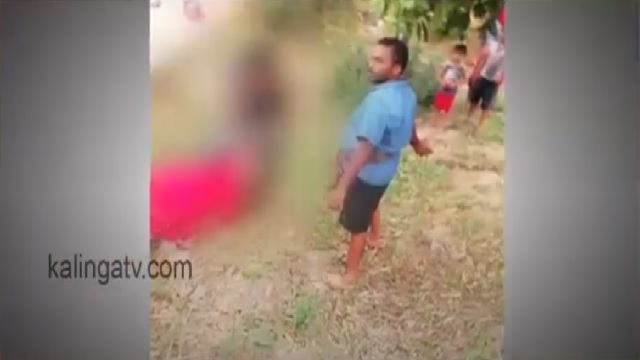 Kendrapara: A woman has been mercilessly thrashed by her in-laws at a village in Kendrapara district of Odisha.

The victim has been identified as Suchismita.

According to reports, Suchismita got married to Jitendra of the village following which familial disputes had begun. Jitendra and his family used to live apart from Suchismita whereas she used to live alone in her in-laws house.

However, Jitendra’s maternal uncle’s family claimed that it was their house in which Suchismita was residing and hence they asked her to move out of the house.

The family members of Jitendra’s maternal uncle dragged Suchismita by her hair and thrashed her with a heavy bamboo stick on the road in full public glare.

The locals stopped the family members from beating her and helped Suchismita. They rescued her from the violent in-laws and rushed her to District Headquarter Hospital (DHH) in a critical condition.

On getting the information, the local police has initiated a probe into the matter.