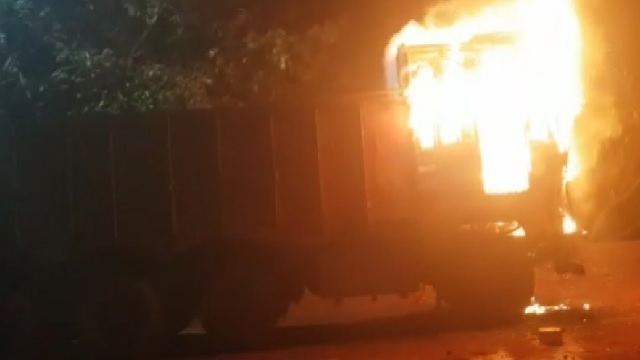 Keonjhar: A stationary truck went up in flames near Guali village under Rugudi police limits in Keonjhar district of Odisha on Tuesday night.

According to reports, the truck was parked near Guali for loading iron ore from the mine in Nuagaon.

On getting the information, the Rugudi police and fire tenders  arrived at the spot and doused the blaze.

The cops has initiated a probe into the matter.

Jeweller Looted Off Gold Ornaments In Malkangiri District Of…

Though the cause of the fire is yet to be ascertained, no major damages, apart from the vehicle, were reported in the incident.