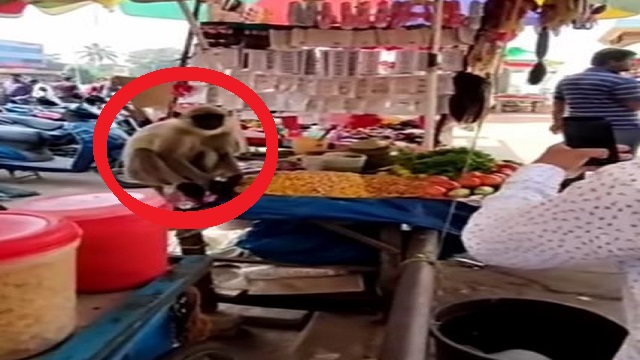 Bhubaneswar: Monkey fear has created havoc in the capital city of Bhubaneswar. Monkey terror has been experienced in the ‘Bajrang’ vending zone of Market building.

The monkeys have allegedly broken into various shops and scattered the goods and caused extensive damage. Finally the monkey has been caught after much toil.

The monkey tried to bite a vendor’s leg when he was opening his shop in the morning. When the vendor fed him a banana, he attacked as a result the vendor was injured.

Marmoset Monkey Gives Birth To Babies In Nandankanan Zoo In…

Srikkanth wants Hardik to be made T20I skipper till 2024 T20WC