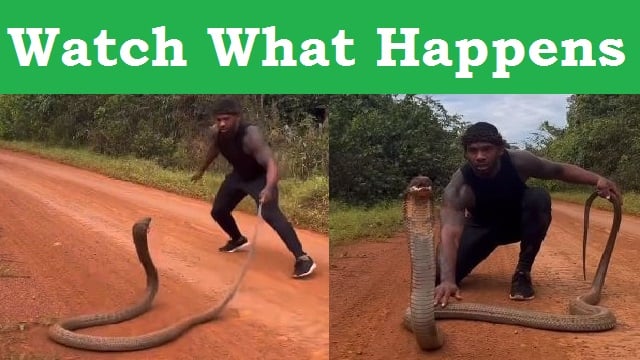 Snakes are considered to be one of the most dangerous creatures in the world. Either playing with them or getting involved with them means putting lives in danger. The king cobras are counted among the most venomous snakes in the world, as a person, if bitten, can also die in a few hours. However, some people needlessly mess with this dangerous snake. Due to this, they may have to face terrible consequences. A very terrifying video of a man playing with a huge king cobra is going viral on social media these days.

This viral video has been shared on the Twitter account of Shannonnn sharpes burner (@shannonsharpeee). In the 32-second long video, it can be seen how a man, who has been identified as Tarzann, is playing with a giant king cobra without any fear of what would happen if it turns and bites him.