Every day several videos go viral on the internet. People either shower love or hatred on them. Where some stories leave netizens giggling over the incident, some melt hearts due to their emotional content. Amid this, there are many videos of couples that show their true love and bond. Such a clip of an elderly woman riding a bike with her partner has surfaced online and is sure to touch your heart. However, this time people have showered their affection on the video of an elderly lady riding a moped.

In the now viral clip, an elderly woman can be seen riding a moped scooter while her husband sits on the pillion. The video is breaking gender and age-related stereotypes.

Recently, a girl named Susmita Dora, who seems to be an aspiring photographer, took to her Instagram account where she posted a video of this couple. In the footage, the lady can be seen clad in a saree while the man sitting on the back seat of the scooter is wearing a dhoti paired with white shirt.

Susmita inserted a text on the video that reads, ” Usually when we see a biker couple, it is always the guy riding the bike. have you ever seen anything like this for their age?”.

The location of the video is unknown but it seems to be somewhere in Tamil Nadu as the number plate reads ‘TN.’ Susmita captioned the video,” Couple Goals” along with a red heart.

So far, the video has garnered more than 4 million views and tons of comments. Netizens showered their love with various emojis in the comment section. The video is worth praising. Many commented that is it very common in Tamil Nadu where women can be seen riding mopeds, scooters, and bikes. 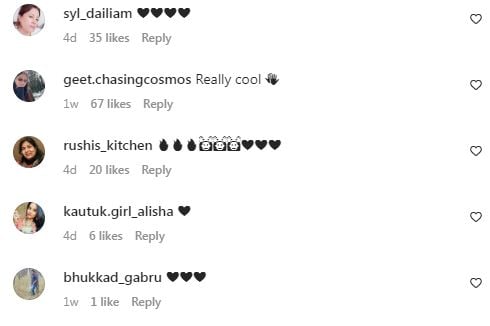