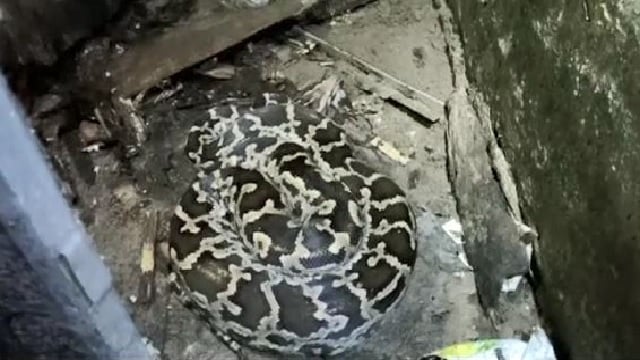 Berhampur: A 7-feet-long python has been rescued by the Snake Helpline from Ganjam district of Odisha on Thursday.

According to reports, the Snake Helpline rescued a python from Madamohanpur, a suburb of Berhampur, late last night.

The local residents who spotted the huge serpent contacted the Snake Helpline of Nayak Sahi in the village.

Due to heavy rains, the snake had loitered into the human habitat. The python has been rescued and handed over to the forest department.

The python has been released in a nearby protected forest, forest officials said.