Wagon of goods train derails after hitting truck in Jharsuguda, no casualty 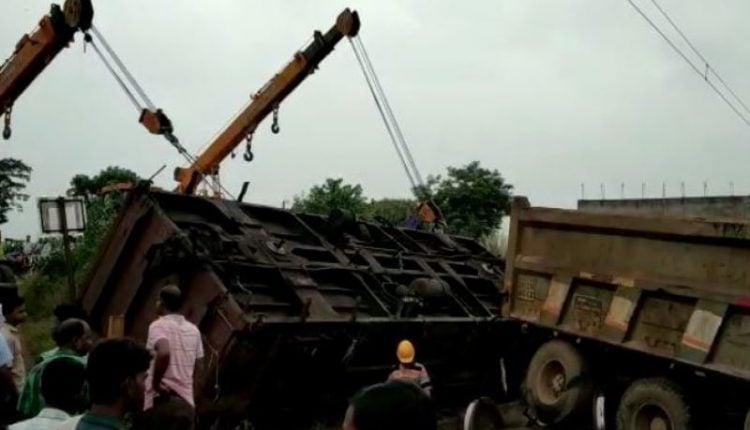 Jharsuguda: A major mishap was averted after a goods train hit a truck and a wagon of it suffered derailment due to collision at the Rajpur unmanned level crossing near Jharsuguda Railway Station in the district last night.

The mishap took place around 11 PM in the night while the truck suffered a technical glitz and made a brief halt on the tracks at the level crossing. As the derailed wagon turned turtle on the track and remained there for hours following the mishap the freight transport through the route was disrupted and several goods trains remained stranded on the way.

Neither any loss to life nor any injury was reported in the crash as the rail track which passes through Rajpur connects Jharsuguda’s Balijori to Sundergarh’s Basundhara Coal Mines and is used chiefly for freight transport.

Rail officials reached the spot later in the night and launched operation to remove the overturned wagon from the track.