Viral Video: Baby Elephant Helped Out Of Ditch By Its Herd

Nature always follows the strategy of “survival of the fittest”. Those who cannot compete get left behind, and that is just how things work. However, at times animals end up doing something so incredibly sweet, they give human beings a run for money where compassion and helping others is concerned. One such video of a baby elephant being helped by its herd is melting hearts online.

The video shared by IFS Susanta Nanda on Twitter is an absolute mood-lifter.

The now viral video of elephants depicts a very young elephant stuck in a low-lying ditch. Even though it isn’t very deep, being as small and inexperienced as it is, the baby is unable to climb out and is desperately reaching out to the bigger and older elephants.

As the video progresses, the elephants get together and manage to lift the baby out of the ditch with their combined efforts, following which they all walk away together.

The video of elephants shared by Nanda with the caption “Elephants have such a strong bonding that every female elephant in the herd is a mother to all the calves. Mother & aunts gather together to help the kid gets out”, has garnered over 32000 views since being shared on the micro-blogging site.

Elephants have such a strong bonding that every female elephant in the herd is a mother to all the calves.

Mother & aunts gather together to help the kid gets out. pic.twitter.com/VlIpLM6LJ8

Elephants are creatures with very high intelligence, losing only to orangutans, chimpanzees, and dolphins. They can recognize their reflection in mirrors, while many cats and dogs cannot. They are known to travel in close knit matriarchal herds with an older female elephant leading them. Orphaned babies are often adopted by other female members of the herd.

See the reaction of netizens to this video. 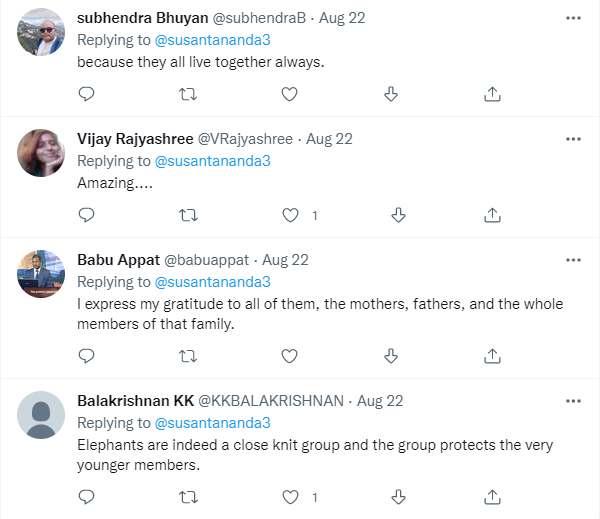 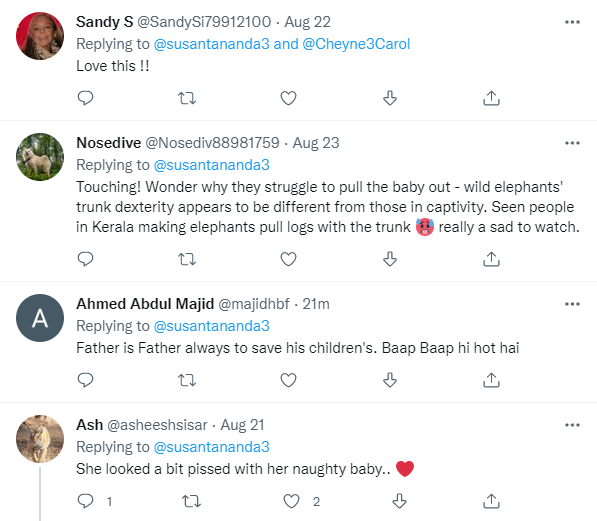