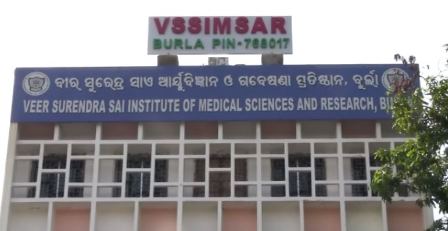 Sambalpur: In a bid to press their demand for action against two PG students of Veer Surendra Sai Institute of Medical Sciences and Research (VIMSAR) involved in the attack on VIMSAR Director Aswini Kumar Pujahari’s residence, residents of Burla town on Sunday called for a 12-hour bandh tomorrow if no arrests are made by 5 PM today.

The locals had gheraoed the police station and demonstrated in front of VIMSAR yesterday demanding action against the two students who have fled from the institute soon after the incident late on Friday night.

On the other hand, police have sent the hard disk to Chandigarh for retrieval of the CCTV footage from the Casualty Ward that was found deleted.

Two PG students allegedly manhandled the relative of a patient in the Casualty Ward when he threatened to inform the director of the institute about their negligence in treating his kin. Later, in a bid to cover up the issue, the junior doctors gathered their colleagues and demonstrated in front of the house of Pujahari. They allegedly pelted stones at the house claiming that they are being repeatedly targeted by the relatives of patients due to lack of adequate security in the hospital premises.

However, some locals came forward to support the director, following which Pujahari filed a case against the students. They also protested the attack of the absconding junior doctors on the patient’s kin and demanded stringent action against them.