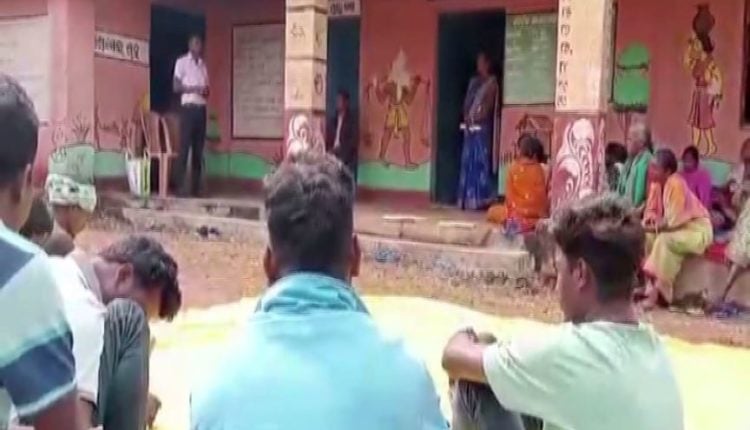 Sundergarh: Ahead of the Panchayat Polls in Odisha now candidates are campaigning door to door urging for votes. At this juncture, a rare incident took place in Sundergarh district of Odisha where the villagers asked the candidates contesting for Sarpanch post to appear for a written test. It has been learnt that out of the 8 candidates who appeared for the test, only three candidates qualified the examination.

The said incident took place in Malupada village in Kutra Block of the district.

The questions asked in the written test in Odia were as follows:

Eight out of the nine candidates who have contested in the election for Sarpanch appeared for the test. However, three of them qualified.

The villagers have explained that because only at the time of election, candidates come to seek vote and later they forget them, they took this decision. Following the incident while the unusual happening has become the point of discussion in Kutra area, other candidates are shying out to visit this village for campaigning.

Today, after names of the three successful candidates declared, other candidates have complained the matter to the BDO. It has been said that such incident took place in Sundergarh for the first time.

Valentine’s day 2022: Smartwatches which can be a perfect gift for this special occasion