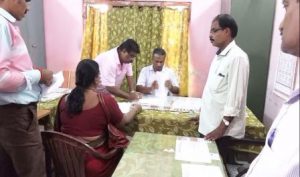 Beuria’s office located at Gandarpur and Nayabazaar in Cuttack, his houses at Baramunda Housing Board Colony, Jaydev Vihar and Patia in Bhubaneswar and Chorda in Jajpur district were searched by the anti-corruption agency officials during the raid.

Several important documents were also seized during the raid, informed sources in the Vigilance.