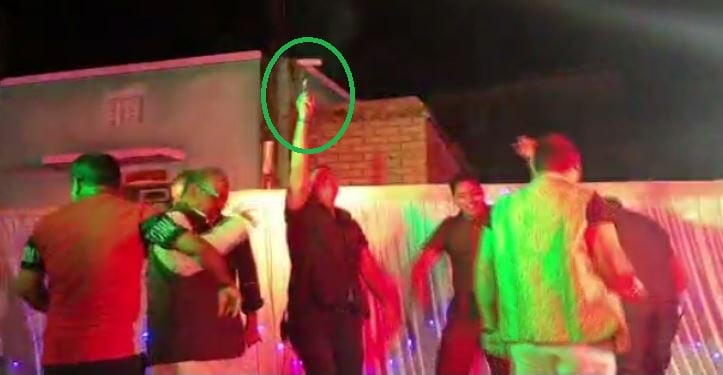 Puri: A video of two men opening fire in the air during an event in the town has gone viral on social media. Puri Town police have started an investigation into the incident.

As per reports, the incident took place in a mandap in the town. In the video, a group of men were seen dancing while two of them resorted to blank firing. Both the men reportedly fired seven rounds in the air from two pistols.

Puri SP Umashankar Dash said that they have started an investigation in this connection. “We will investigate to ascertain whether the weapons were licenced or not. It is illegal to open fire in public space from a licenced firearm,” said the SP.