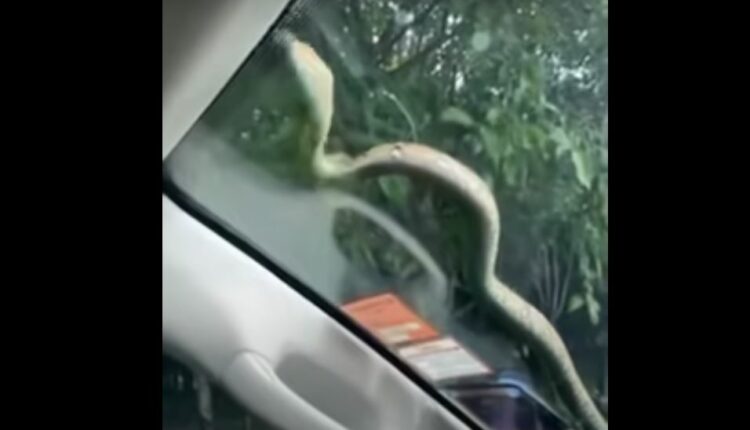 The video of a dangerous looking snake riding on the windscreen of a car has gone viral on social media. The video was shot from inside the car and later posted to social media.

As we can see in the video a car is being driver and after some time a long snake was witnessed slithering on the bonnet of the car. As the car moves on the snake tries to move towards the windscreen. The video was being taken from inside the car by the people who were aboard the vehicle.

Later, the car was stopped. By then the snake had already mounted on the top of the windscreen.

Snake gets stuck inside speedometer of bike: Watch viral…

The video has gone viral after being posted to social media. While a lot of people have already witnessed the reptile video, people have asked about which species of snake it was.

5 ways to maintain a healthy diet during festive season