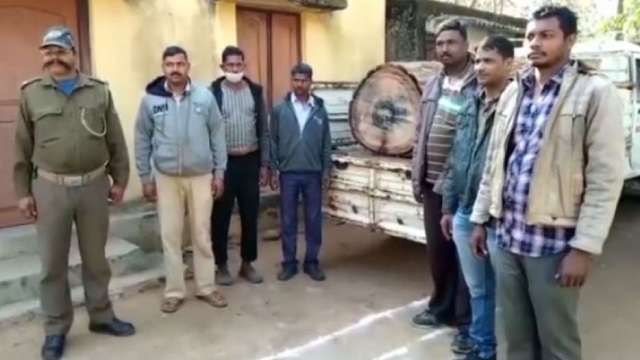 Keonjhar: The Forest Department on Saturday conducted a raid and seized illegal wood in Dhobapitana forest under Patana range in Keonjhar district of Odisha.

According to reports, the officials  intercepted a vehicle and conducted a raid, During the raid they found illegal wood blocks and seized a pick-up van.

However, the wood mafia managed to flee from the spot.

The estimated value of the seized wood will be worth more than Rs 60,000.

Youth Tied To Pole, Thrashed On Suspicion Of Child Thief In Odisha