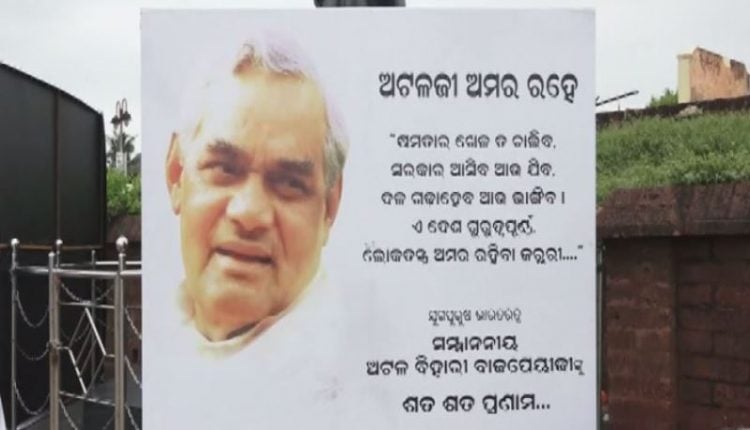 After conducting some rituals as per Hindu tradition on the beach, State BJP President Basant Panda and Union Petroleum Minister Dharmendra Pradhan immersed the ‘asthi kalash’ this evening.

Hundreds of people congregated in the pilgrim city to witness the ‘asthi kalash’ immersion ceremony.

The urn (Asthi Kalash) containing the ashes of BJP patriarch reached Bhubaneswar yesterday evening and were kept at BJP headquarters for public ‘darshan.’ The urn then was taken to Puri from the party headquarters in a truck decorated with flowers in a grand procession today morning.

The saffron party will also organise an all-party meeting tomorrow in Bhubaneswar in memory of the great leader.