Uttam Mohanty to get Kadambini Sammana- 2017 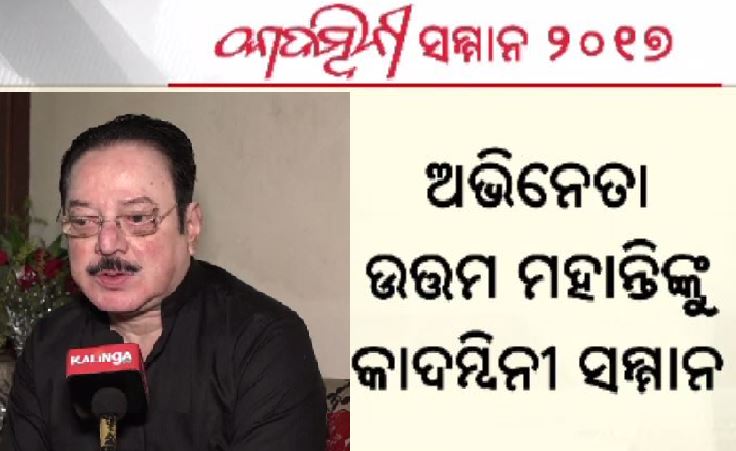 Bhubaneswar:  Veteran Ollywood actor Uttam Mohanty will be conferred with the prestigious Kadambini Sammana- 2017 on Sunday.

Mohanty will be conferred with the prestigious award at a special function scheduled to be held at Rabindra Mandap at 6PM today.

Below is the list of other awards and their recipients:

Eminent writers Terry O’Brien, Prof. Sabita Singh and Bijaya Nayak are among the many dignitaries who will attend the event.

Three books written by Dr. Iti Samanta, Editor of Kadambini -namely Kathabarta, Jhada Parara Surjya and Krantidhra – will be launched on the occasion.