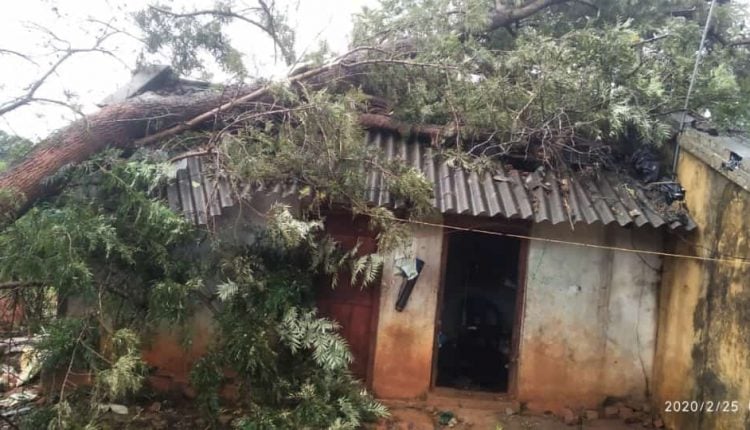 Phulbani: Unseasonal rain has wreaked havoc in many parts of Odisha including Phulbani town. Heavy rain accompanied by thunderstorm left a trail of destruction in Phulbani town last night causing much inconvenience to the locals. 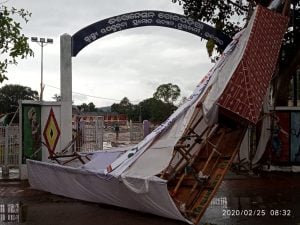 Many roads were seen blocked and connectivity disrupted while electricity supply in the town was disrupted. So far there is no case of casualty reported. However, five people have been reported injured as an effect of rain. 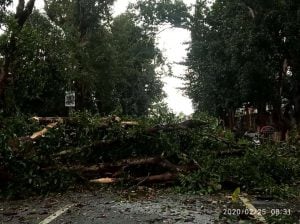 Even today Phulbani witnessed heavy rains early in the morning. Strong wind in the area has forced commuters to stay indoors despite being a working day. 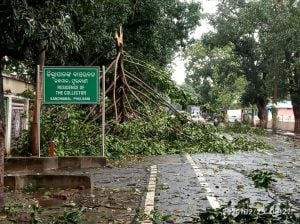 Not only in Phulbani, many other places of Odisha including twin city Cuttack and Bhubaneswar also received heavy rain in the last 24 hours.

The India Meteorological Department (IMD) Regional Centre here has predicted more rain in Odisha in the next 48 hours and issued thunderstorm and lightning warning for several districts. 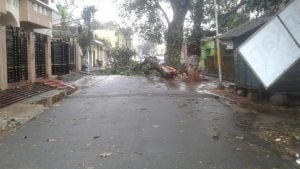