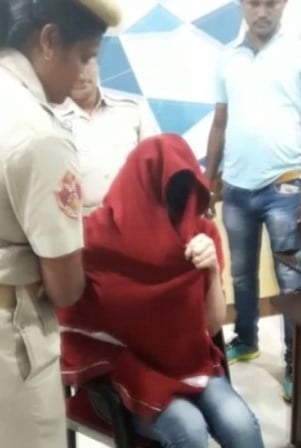 Bhubaneswar: Commissionerate Police on Tuesday identified the woman, who created a ruckus near the railway station here on Sunday night in an inebriated condition and abused the city cops, as an Uzbekistan call girl. She has been arrested.

The police also sealed the duplex house with five rooms in the Patia area of the city where she was staying and seized three mobile phones which had photos of many foreign girls. Some unobjectionable items were also seized from her.

According to sources in the police, the woman used to charge her customers Rs 10,000 to Rs 30,000 per night. However, the neighbours were unaware of the sex racket.

Police have also arrested her caretaker suspecting him to be the kingpin of the flesh trade.

The Uzbekistan Embassy has been informed about the matter, added the sources.

Earlier, the police had identified the woman as Duniya Khan from Lajpat Nagar, South Delhi as per the Aaadhar Card found in her possession. The cops had recovered cash, a bottle of liquor and an expensive mobile phone from her.